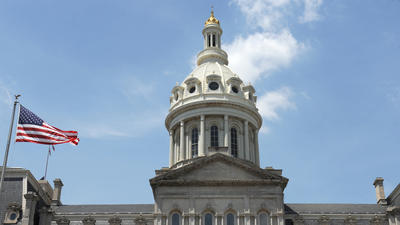 After five hours of testimony from residents roughly split on the issue, the Baltimore City Council's labor committee voted to advance a bill to raise the city's minimum wage to $15 an hour by 2022 for many workers.

The bill could go to the full council for a preliminary vote as early as Monday. Labor committee chair Shannon Sneed and councilmembers Robert Stokes, Bill Henry and lead sponsor Mary Pat Clarke were in favor, while Councilman Eric Costello was opposed.

Costello cited a host of worries about the bill's consequences, including a fear that the bill would exacerbate the city school system's budget woes. The schools are facing a $130 million structural deficit. READ MORE

Retirement Security – Why do workers pay for millionaires’ greed?