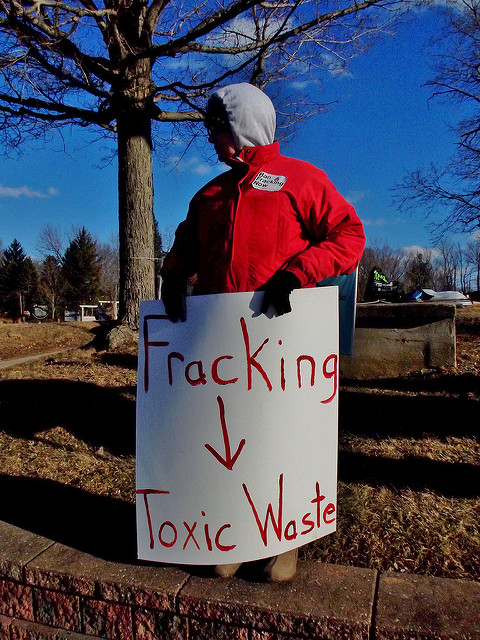 By Jennifer Siskind, Food & Water Watch
The movement to ban toxic, radioactive drilling waste has spread to communities across the state. But that grassroots momentum wasn’t enough to pass a statewide bill to ban the import of fracking waste, as the state legislative session ended this month without passing HB 6329.

That’s the bad news. The good news is that local bans on drilling waste are continuing to pass. The same night the state Senate failed to take action, residents in Pomfret passed an ordinance to protect their community by a vote of 120 to 2. And residents in another town showed up en masse, and their Board of Selectmen voted to send their waste ban ordinance to town vote later this month.

When it comes to inaction at the state capitol, we have been here before. This is the third time in five years that state legislators decided not to take action banning toxic, radioactive fracking waste. This time around, a ban bill easily passed the House, but the Senate failed to bring it up for a vote.

Connecticut Is A Model For Ending Homelessness