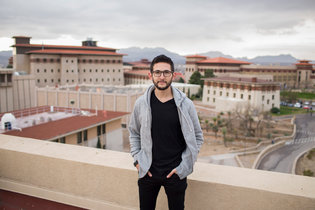 The heyday of the colleges that serve America’s working class can often feel very long ago. It harks back to the mid-20th century, when City College of New York cost only a few hundred dollars a year and was known as the “Harvard of the proletariat.” Out West, California built an entire university system that was both accessible and excellent.

More recently, these universities have seemed to struggle, with unprepared students, squeezed budgets and high dropout rates. To some New Yorkers, “City College” is now mostly a byword for nostalgia.

It should not be.

Yes, the universities that educate students from modest backgrounds face big challenges, particularly state budget cuts. But many of them are performing much better than their new stereotype suggests. They remain deeply impressive institutions that continue to push many Americans into the middle class and beyond — many more, in fact, than elite colleges that receive far more attention. READ MORE

This graphic says a lot — USA — Land of Inequality. The USA great for the 1% not so much for everyone else.

Study shows: Majority will see decline in standard of living when they retire: