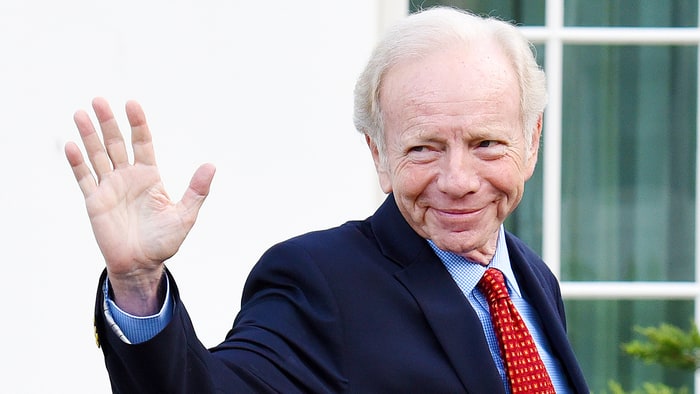 Former Sen. Joe Lieberman is reported to be the frontrunner for the FBI director position that was left vacant when Trump fired James Comey last week. Olivier Douliery/AFP/Getty

There are at least three reasons why. To wit:

2. Lieberman, a former senator, would be the first politician ever appointed to the job. Every past director served as either an agent in the bureau, a federal prosecutor or a federal judge prior to their nomination. (Lieberman was attorney general of Connecticut, an elected office, for six years in the Eighties.)

3. Lieberman is currently employed by the law firm Kasowitz, Benson, Torres & Friedman, which specializes in white-collar criminal defense – and which frequently represents Donald Trump. Most recently, one of the firm’s partners, Marc Kasowitz, threatened to sue The New York Times for running a story about women who accused Trump of sexual assault.