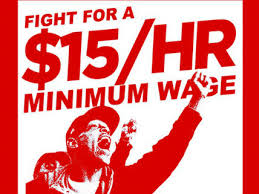 A circuit court judge lifted an injunction on Thursday that had blocked a 2015 ordinance from becoming law. The city’s minimum wage will rise again in January, to $11 per hour, significantly higher than Missouri’s $7.70 minimum. The increase is expected to give an immediate raise to roughly 35,000 workers.

Communities of Color get Zapped by Climate Change