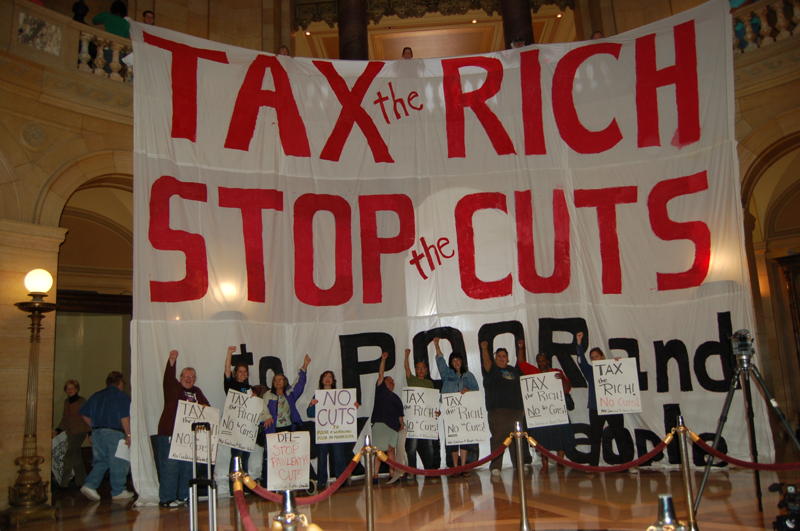 It’s a bedrock principle in Connecticut that residents are fed up with tax increases and overwhelmingly think the state government is way too fat, right?

That must be why anti-tax Republicans have picked up 35 seats in the state House in recent years and hold an 18-18 tie in the Senate. It’s why we’re seeing an average of 20,000 people a year leaving Connecticut.

Well, a new poll may make us reconsider that Gospel of St. Themis. The poll, released Tuesday by the SEIU Connecticut State Council, appears to show support for higher taxes instead of service cuts, by a resounding 57 percent to 20 percent.

The poll of 500 adults likely to vote in the 2018 elections gives President Donald Trump an approval rating of 36 percent, compared with a 24 percent mark for Gov. Dannel P. Malloy — in a rare, head-to-head matchup.

The poll also offered a surprise on how voters want the state to handle pension reform.

On the revenue-vs.-cuts issue, the question was, “do you think the state of Connecticut should address the budget deficit by creating new sources of revenue or cutting funding for programs and services?” Fifty-seven percent favor new sources of revenue compared with 20 percent for service and program cuts — and the numbers were consistent across age, education and even somewhat across party lines.

You Won’t Believe it — Connecticut’s Not Half Bad