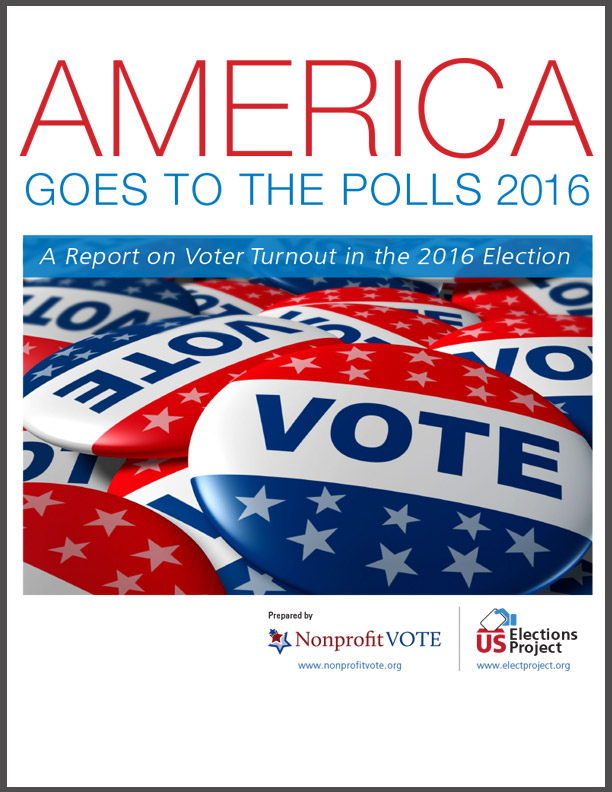 America Goes to the Polls

Nonprofit VOTE and the U.S. Elections Project are excited to release “America Goes to The Polls,” a report that ranks all 50 states in voter turnout for the 2016 election and identifies policies that help contribute to higher turnout.