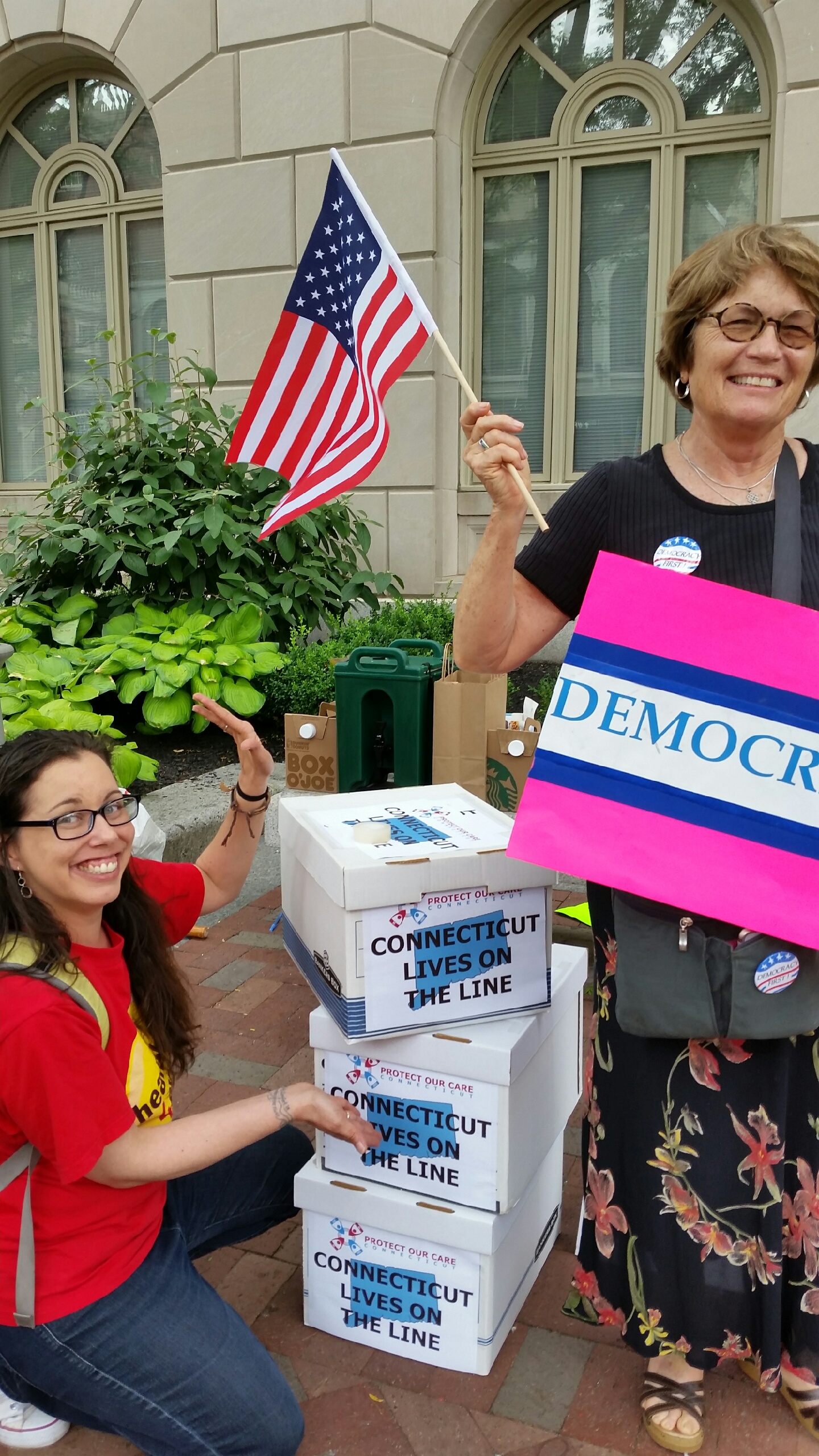 As the U.S. Senate deliberates on the proposed GOP health care bill, which is just as threatening to U.S. citizens as the House of Representative’s (Un)American Health Care Act, a group of CT residents have come together to remind elected officials: lives are on the line.

The group first gathered in Hartford on Thursday June 22, and then headed down to Philadelphia on June 23rd to bring the same message to Senator Pat Toomey.

Via ProtectOurCareCT.org: [Senate leadership] wants to take this vote before June 30, even though no one has seen the bill yet. Thousands of Connecticut residents risk losing access to needed health care.

So THATS Where The Money Is: Lobbying is EXPENSIVE!