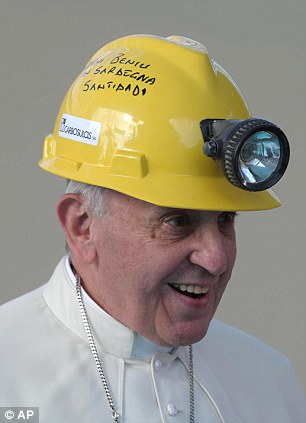 Pope Francis delivered an address to the Confederation of Trade Unions in Italy (CISL), and his message is a compelling one.  It can be read in its entirety here.  For me, there were at least four important points.

2. Unions ought to embody the world they wish to create, and they ought to fight for a world that is different than the one we currently inhabit.  Francis calls this the prophetic role of unions.  In far more prosaic terms, we might understand it as a critique of business unionism.  In his words……………..

3. Unions must do more than defend their own members.  Indeed they must “innovate” – that’s Francis’ word – by reaching the unemployed and those that “do not yet have rights.”

4. Finally, and most broadly: “There is no good society without a good union, and there is no good union that is not reborn every day in the peripheries, that does not transform the discarded stones of the economy into its cornerstones.”