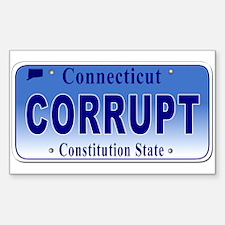 Election and consumer watchdogs on Tuesday blasted the pending Republican budget, and support Gov. Dannel P. Malloy’ promised veto of a provision that would drastically cut back funding under the state’s public-financing system for statewide and General Assembly races.

But a high-ranking Republican lawmaker says that politicians can easily run races for a fraction of the awards given under the Citizens’ Election Program.

During a late-morning news conference in the Capitol complex, advocates from Common Cause CT, the League of Women Voters, the Connecticut Citizen Action Group and legislative leaders charged that cutting funding to the CEP would enhance the probability of “dirty money” flowing back into state political races.
Rep. Matthew Lesser, D-Middletown, whose successful 2008 campaign was the first under the voluntary public-financing program, said that the bipartisan 2005 law that created the program, is a legacy of former Republican Gov. M. Jodi Rell. He said the Republican budget, passed Friday afternoon in the Senate and early Saturday in the House, was passed in a “pretty shameful and brazen way.”
Read More
News
Budget Democracy Elections Voting

Pay Attention Democrats — Relying on Demographic Assumptions Could Be Dangerous