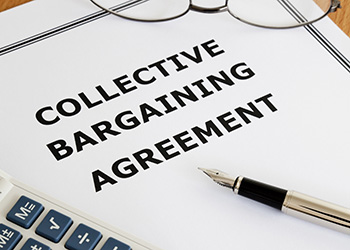 The National Labor Relations Board, the main federal labor law enforcement agency, issued a ruling Tuesday that will make it easier for employers to alter provisions in a labor contract without the union’s permission.
In a win for employers, the board said in a case called M.V. Transportation that even if the underlying contract doesn’t explicitly allow a change and the union objects to it, the employer may still adopt it.

The board had previously said that an employer had to have “clear and unmistakable” permission in a union contract to make a particular change. In Tuesday’s ruling, the board voted 3-1 along party lines that changes could be allowed over a union’s objection if they could reasonably infer as allowable under the “plain terms” of the contract.