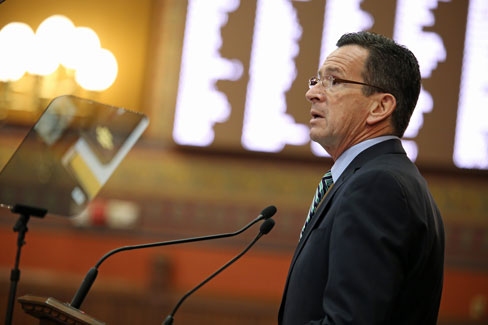 Democratic Gov. Dannel P. Malloy, who enjoys being a critic of Republican President Donald Trump, doesn’t relish what will happen when Republicans get rid of parts of Obamacare.

Even in Connecticut, which explored setting up its own universal health care system prior to Obamacare, there is no money in the state budget to cover the expanded low-income population under federal government’s Medicaid program.

As far as Medicaid is concerned, there’s about $1 billion in federal funding at risk in Connecticut.

Malloy said Monday that Republican governors, like Ohio Gov. John Kasich, are making it clear what would happen in their state if a Republican Congress and Trump get rid of Medicaid expansion.

House Republicans have drafted a plan that calls for a rollback of the Medicaid expansion and a phase-out of federal subsidies to help low-income individuals purchase insurance. READ MORE